- For first time, it was found that the past three decades (1990–2016 ) were among the most flood-rich periods in Europe during the past 500 years, and that this period differs from others in terms of its extent, air temperatures and flood seasonality.
- Regarding the temperature of the air, from 1500 to 1900, floods used to take place with higher frequency during cold climate phases, while after 1990, floods increased within the context of global warming.
- The data analysis identified nine periods of floods that were more abundant and the associated regions. The most notable are 1560-1580 (western and central Europe), 1760-1800 (most part of Europe), 1840-1870 (western and southern Europe), and 1990-2016 (western and central Europe).
- Current flood-rich phase is the third most severe regarding floods. However, this data is at the expense of the duration of the current phase of abundant floods, to be concluded.
- A present floods cause annual damages accounting for more than 100,000 million euros, and the general tendency of abundant floods is increasing.
- Due to the change in flood generating mechanisms, this study recommends the use of tools to assess the risk of floods that capture the physical processes involved, and management strategies that can incorporate recent changes in the risk analysis. 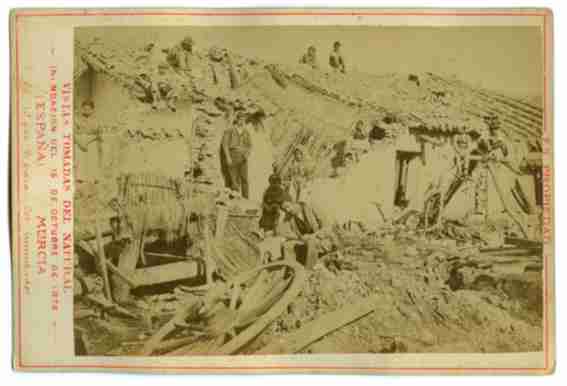 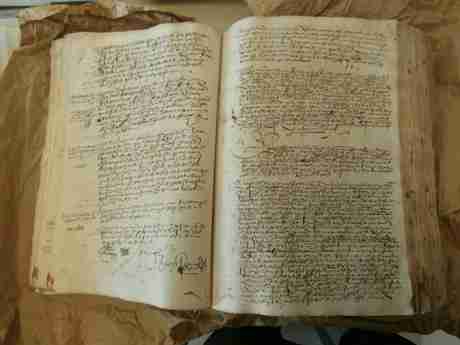 Upper right: Detailed description of the damage caused by the Almanzora River in September 1580 in the town of Albox and the city Cuevas del Almanzora (Almería). Source: Historical files of Vera. Volume of the years 1550-1600. Photo: Carlos Sánchez-García, PaleoRisk Research Group, UB.

-The influence of climate variability on flooding was evaluated by an analysis of a 500-year palaeoflood and documentary records at Montlleó River, eastern Spain.

- Flood occurred in cluster episodes (30-year duration) either during cooler than usual climate (about 0.3 °C and 0.2 °C), or during high climate variability (floods and droughts).

- These extended flood records can assist on low-regret actions for flood-risk adaptation. 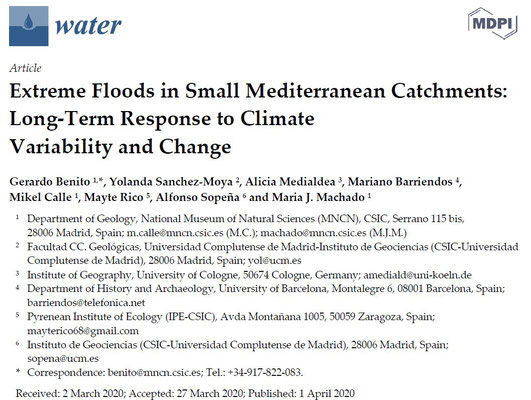 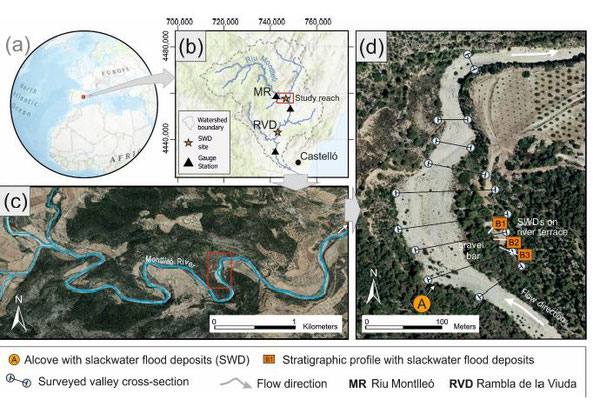 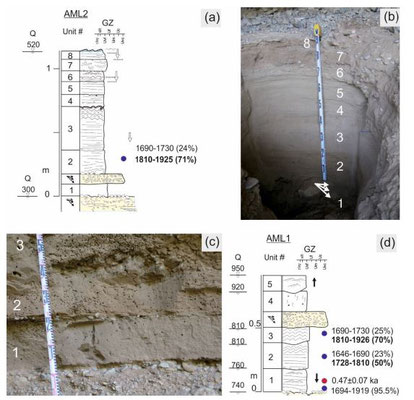 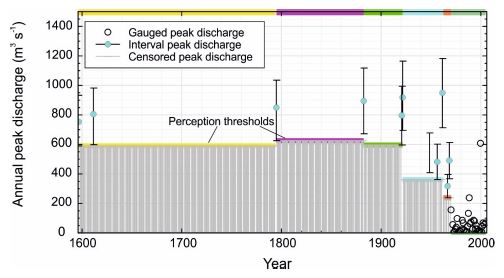 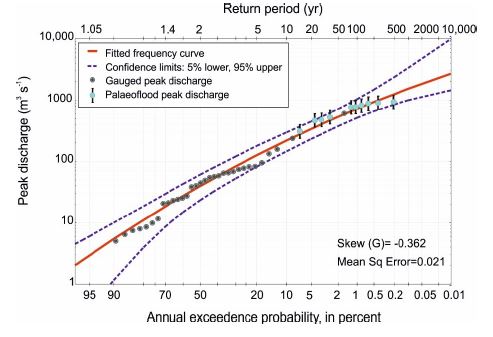 We provide the first detailed reconstruction of catastrophic glacial lake outburst flooding (>110,000 m3s-1) from the Southern Hemisphere, focusing on the Río Baker catchment in central Patagonia. 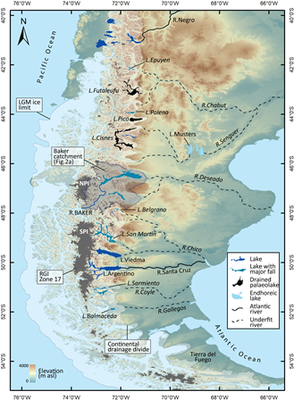 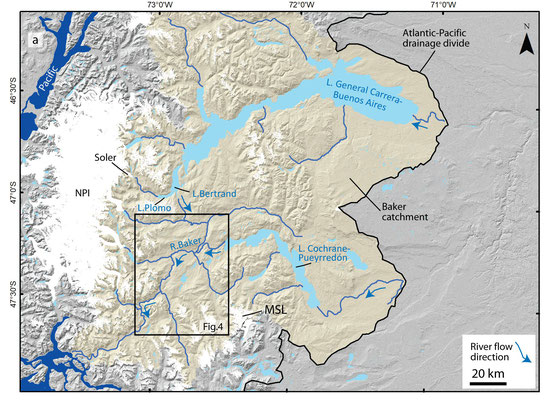 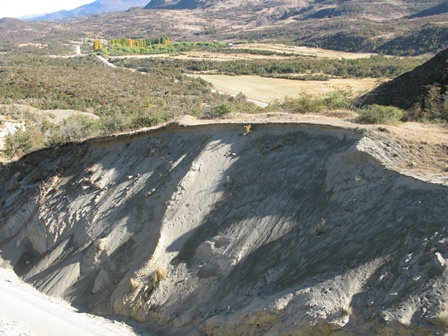 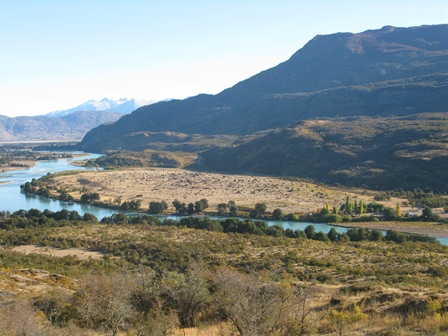 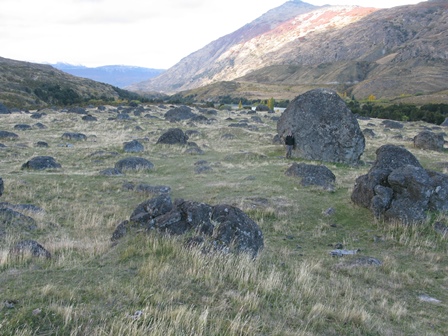 - Quantification of morphological change and sediment budgets was provided by Photogrammetric flights.

- A sediment connectivity index is proposed. 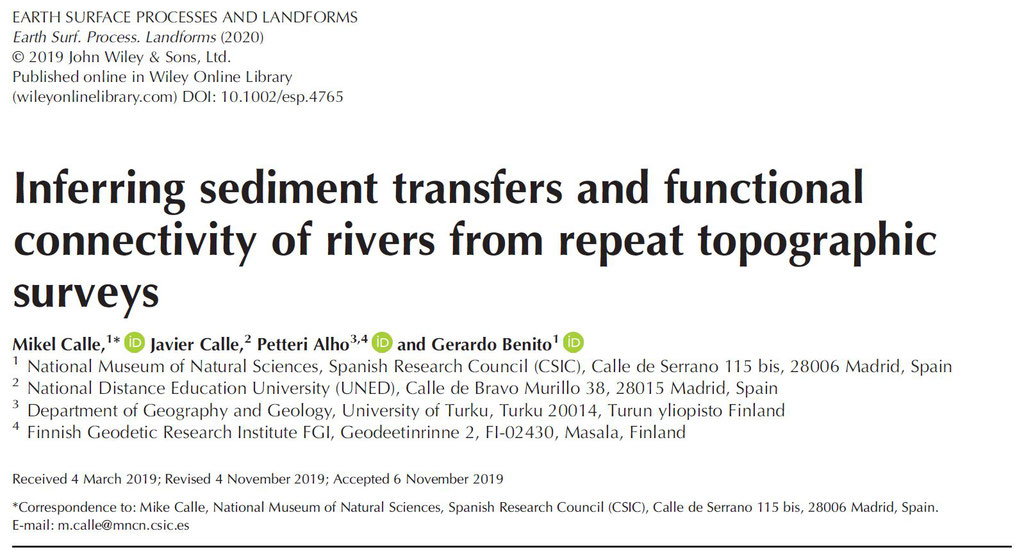 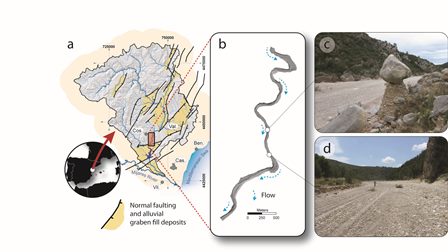 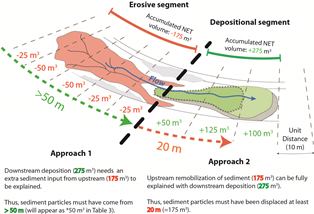 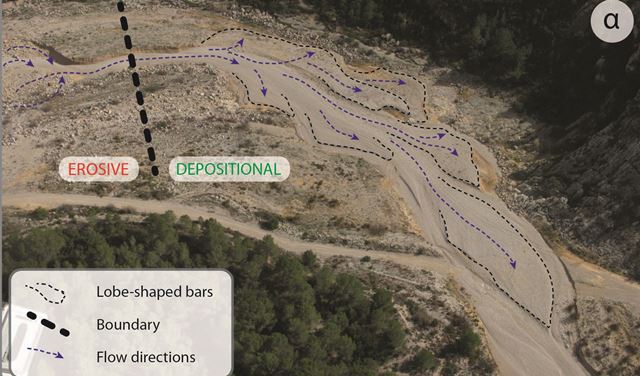 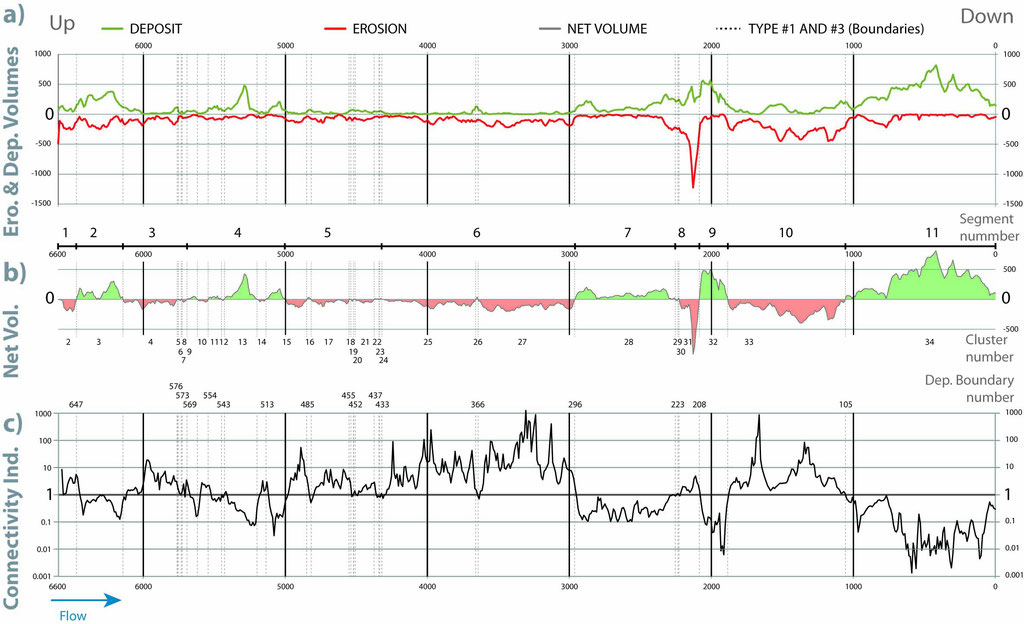 Frequency of boulders transport during large floods in hyperarid areas using paleoflood analysis – An example from the Negev Desert, Israel

-The shear stress and stream power indicate that the moderate-large floods are the most geomorphically effective floods rather than the largest floods in Nahal Hatzera. 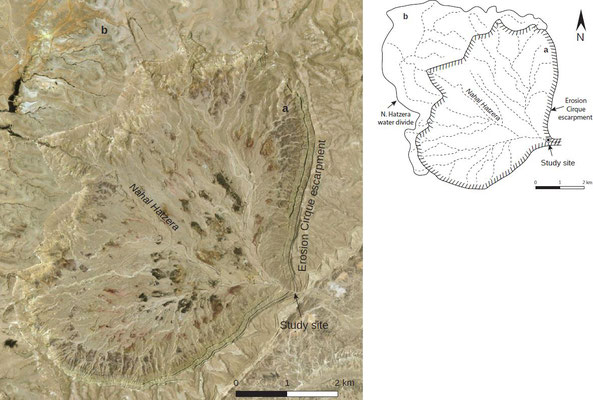 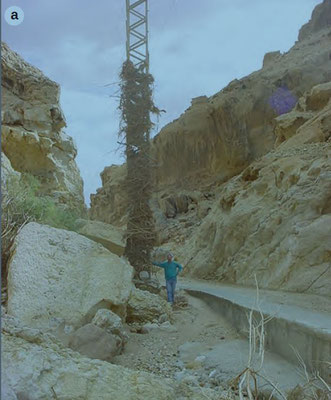 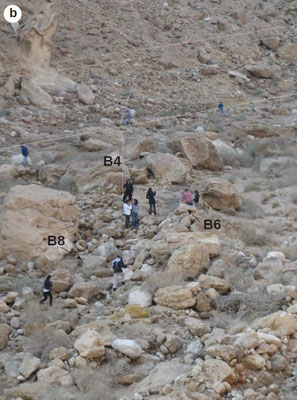 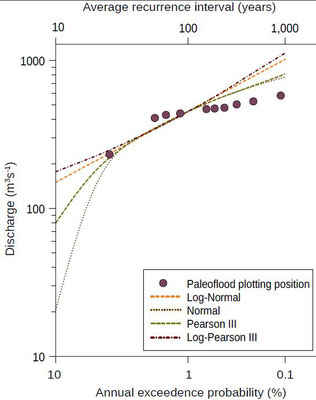 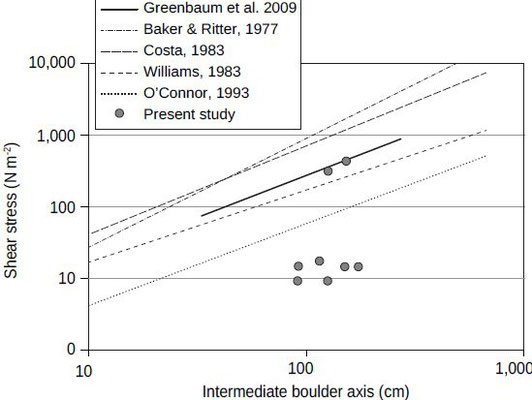 -  This study reveals the importance of flood properties on the oasis life cycle and emphasizes the impact of drought and wet years.

- The downstream aquifers are fed only by the largest flood discharge that allows the infrequent germination of vegetation.

-Variations in NDVI index was revelead as an effective tool in determining occurrences of large floods in these headwater-fed hyperarid regions. 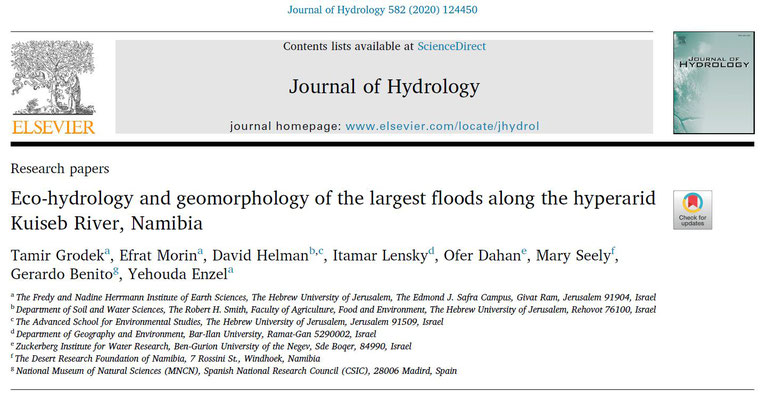 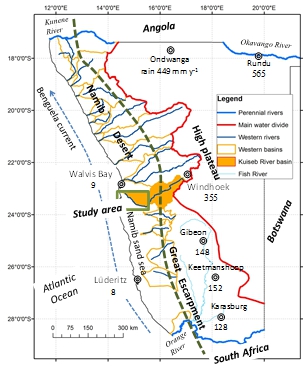 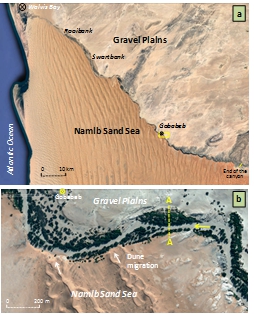 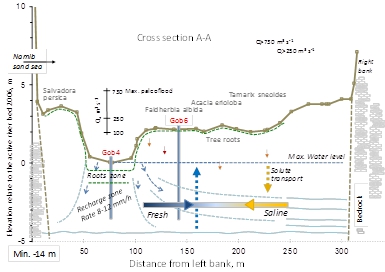 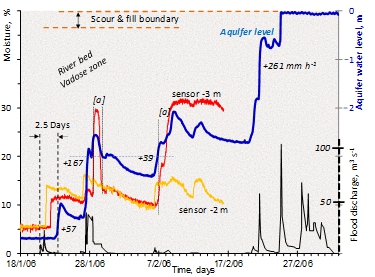 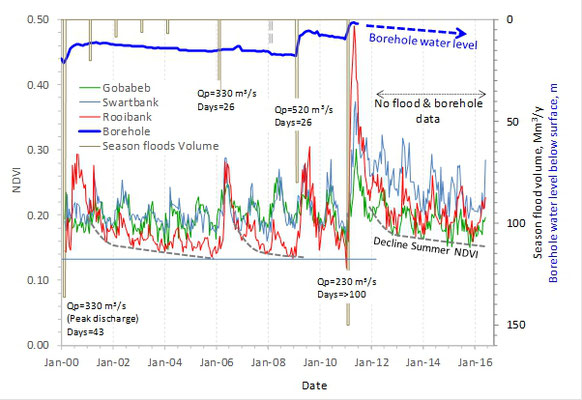 - During the late Holocene alluvial activity periods coincide with morpho-stratigraphic data from the lower Guadalentín, indicating that fluvial connectivity throughout the catchment was only completed in the late Holocene. 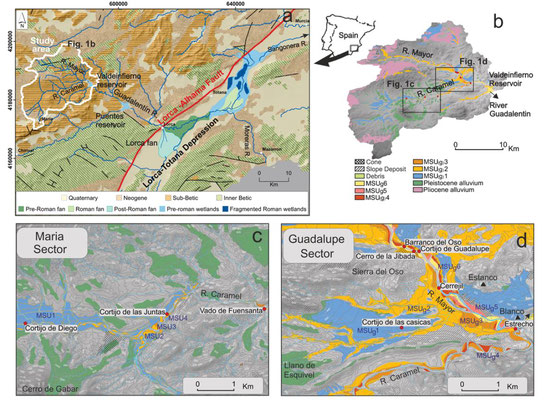 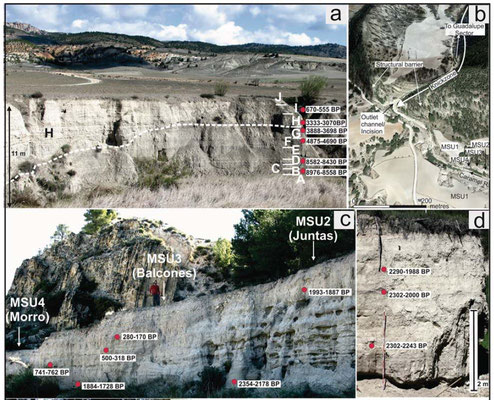 We are a research laboratory adscribed to the Group of Geoenvironmental Processes and Global Change of the National Museum of Natural Sciences. The Laboratory undertakes research on magnitude and frequency of past and present floods in relation to Climate Change, at local, regional and global levels.